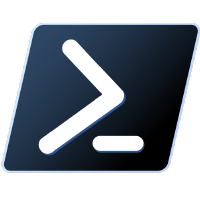 When is a Culture a Module?

Including pre-req checks in your code is good practice….so you add it in.
In our Powershell scripts which require Azure Powershell cmdlets we have moved, as should anyone keeping abreast of releases, to Powershell Core.
But our checks to see if the Az Module is installed were giving mixed results.

Even though the commands all worked, Get-AzVM etc. the module check for “Az” returned nothing, blank, nada.
But if you check for a sub module, e.g. Az.Accounts, it works…strange

It seems that there was a bug where Powershell ignores any directory in the Powershell Modules path which matches a “Culture”. Think language packs here. e.g. en/us/fr/de Those of us less travelled or from that region will not have known that az=Azerbaijan so that is why the command fails.

After much searching and lots of linked bug reports the following link has the “Fixed” pull request
https://github.com/PowerShell/PowerShell/pull/8777
This PR gives you a reason to move from Windows Powershell, because they currently don’t forsee the fix making it into Powershell 5.1 for Windows and there is no plan for a Powershell 5.2 release.
If your version of Powershell Core is < 6.2 then you should update as soon as is feasible